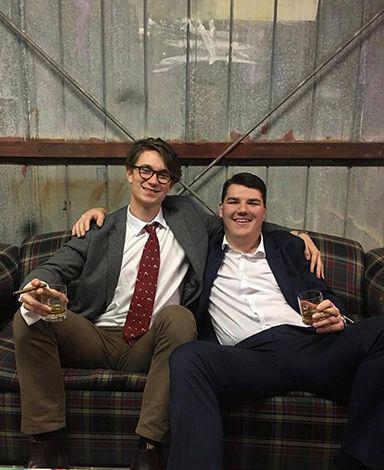 Brandon Vereschagin and Ben Puckett celebrating Brandon's election as a Federal Delegate for the ACT Young Liberals in August this year.

On 29 November, Buzzfeed News published a story by Josh Taylor A Canberra Liberal Is Being Investigated Over Allegations He Saluted And Said “Heil Hitler” During A Pub Crawl, about Ben Puckett, a former staffer to a Liberal Member in the Legislative Assembly in the ACT.

We were first contacted about Ben Puckett after the ABC Background Report Briefing report Manifesto reveals alt-right's plans to go mainstream after 'infiltration' of NSW Young Nationals by Alex Mann (11 October 2018) and our supplementary coverage NSW Young Nationals stacked by Clifford Jennings and Neo-Nazis were released. 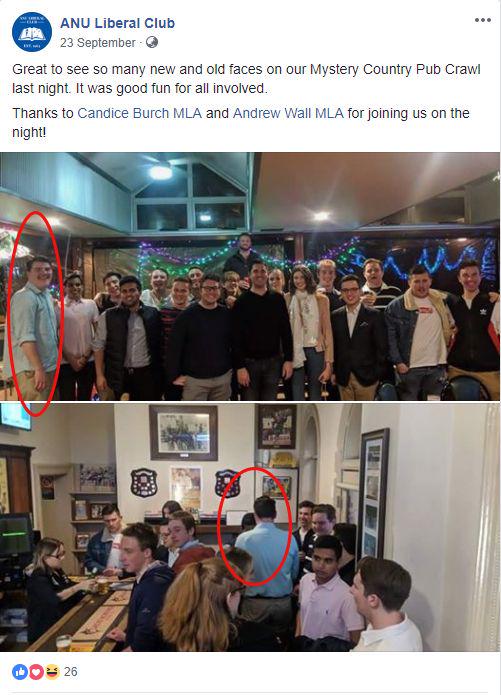 Josh Taylor from Buzzfeed News reported on the internal investigation:

In a letter to Puckett, seen by BuzzFeed News, the Canberra Liberals state that the Liberal Party complaints committee is investigating a complaint against Puckett regarding an event on Sept. 22 where, surrounded by Liberal Party members, it is alleged Puckett “raised [his] right hand in a salute form and said the words 'Heil Hitler'“.

“Since receiving the original complaint, the committee has been provided with statutory declarations from witnesses to the alleged conduct.”

The committee is investigating if the incident took place and, if so, whether it would be in breach of the Canberra Liberals' constitution.

President of the Canberra Liberals John Cziesla told BuzzFeed News in a statement that the party had zero tolerance for the alleged behaviour.

“The Canberra Liberals have zero tolerance to the alleged behaviour. If the allegation is upheld the person will face expulsion from the party.”

Puckett declined to comment when contacted by BuzzFeed News, except to say that the allegations did not match his recollection of the event.

Josh Taylor referenced the recent decision by The National Party to ban 22 members for life, “after an investigation into alleged links to neo-Nazi and fascist groups”.

Josh stated at the end of his reporting, “BuzzFeed News is not suggesting Puckett has any link to these groups.”

We suggest Puckett has links to these individuals and groups.

Our source told us that earlier in the year Ben Puckett had attended the engagement party of Neo-Nazis Lisa Sandford and Justin Beulah. Ben was familiar with guests of Lisa and Justin's who were later revealed to be part of the branch stacking of NSW Young Nationals, or who we know hold far-right views. Some of the guests in attendance were NSW Young Nationals members like Xanthe Winter and Neo-Nazi Nicholas Walker (pressured to resign after the ABC Background Briefing investigation was published), fascist Steele Archer and Neo-Nazis Matthew Looke and Marlon Vrancic.

Rumours were circulating in Canberra that in the past Ben Puckett had attended rallies by United Patriots Front (UPF), a far-right group formed in 2015 with notable Neo-Nazi leaders and members like Shermon Burgess, Blair Cottrell and Tom Sewell (who went on to form Lads Society), Christopher Shortis and Neil Erikson. We cannot verify Ben's attendance at UPF rallies. but urge anyone who may be able to, to e-mail us.

Investigations into Ben Puckett were difficult, as he suspiciously deleted his Facebook profile in August this year and then created a new one. Ben's new Facebook profile (which he has deactivated since the internal investigation) showed he was friends with Marlon Vrancic and Xanthe Winter. Other stand out names on his Facebook friends list included Neo-Nazi Clifford Jennings, fascist Steele “Archer” Hawes from alt-media/fake news outlet The Unshackled, (now former) NSW Young Nationals member Lucas di Cicco and Neo-Nazi Matthew Grant and his wife Christelle. Matthew Grant is known for his “leadership” of Australia First Party's “youth wing” (he may be the only member), now named Eureka Youth League. Grant also attended the UPF anti-Muslim rally in Bendigo in October 2015. (with thanks to slackbastard).

We urge anyone who has further information on Ben Puckett's far-right associations or beliefs to e-mail us in confidence at thewhiterosesociety@protonmail.com. We urge the Canberra Liberals to look closely at Ben Puckett, his beliefs and social networks: especially other Liberal and National Party members he is close to.

We also join the call for the National Party to re-investigate senior members of the party who have been cleared as a result of investigations into the Neo-Nazi branch stacking of the NSW Young Nationals. We believe that support for fascism and Nazism continues to operate within the Coalition, and is helping to protect people like National Party staffer Jeffrey McCormack and other more senior party members who were implicated in the branch stacking. The banning of 22 members for life from The Nationals has done little to purge fascist and Neo-Nazi sentiment from the Coalition who, along with the ALP and micro-parties, continue to support and enact racist policies against Indigenous peoples, migrants, people of colour, and other minority groups. 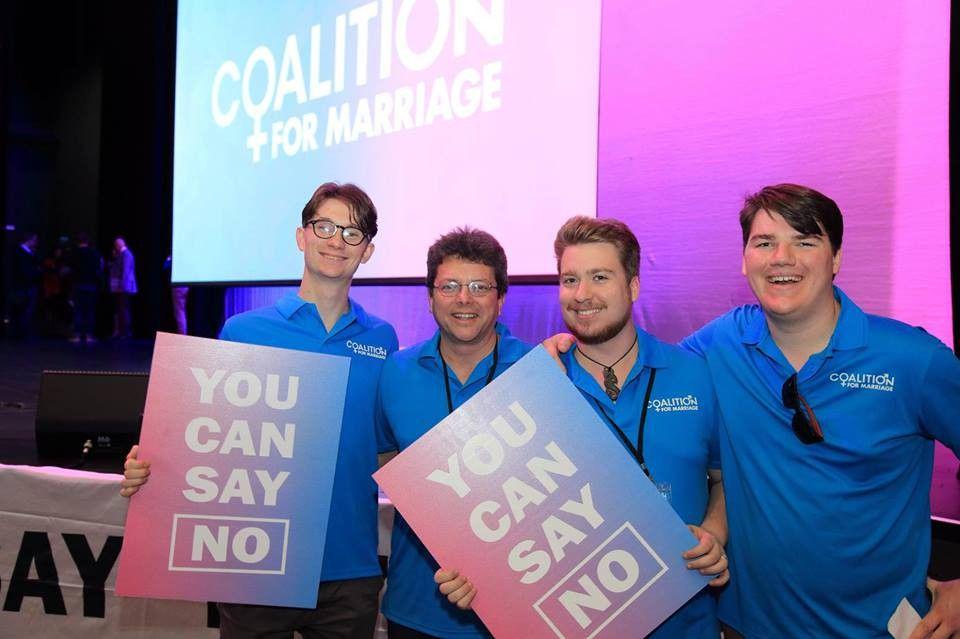 Brandon Vereschagin (again) on the far-left and Ben Puckett on the far-right. Vote No to Christofascists and Neo-Nazis. 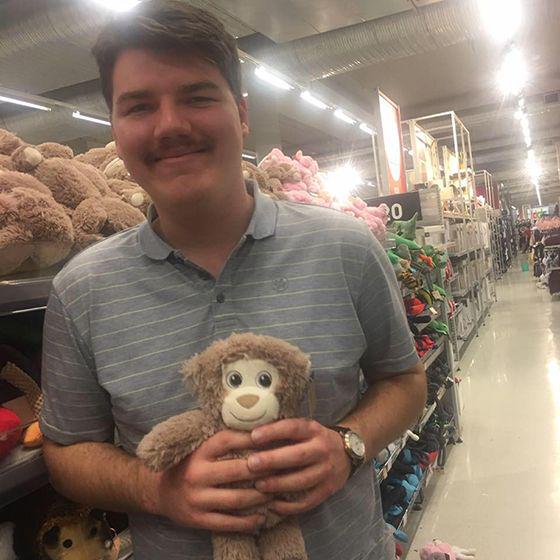 Before he was alleged to have Sieg Heiled and said “Heil Hitler” at a Liberal Club pub-crawl, Ben Puckett had scrubbed all evidence online of him holding any Neo-Nazi beliefs. Here Ben, with his friends the caterpillar on his top lip and his monkey soft toy, is illustrating a gentler and kinder form of optics that is more suitable to a Neo-Nazi trying fly below the radar within the Liberal Party. Maybe you shouldn't have had so many beers and given away your true Neo-Nazi loyalties, Ben.