Stuart Durand is an interesting investigative subject but not because he's intrinsically fascinating. On the contrary, he's just another Nazi boi hiding in plain sight. Rather, because he's managed to be the subject of two investigations that both met at Churchill. The first investigation is the one you're reading right now. The second, you'll read more about in future posts: Antipodean Resistance. 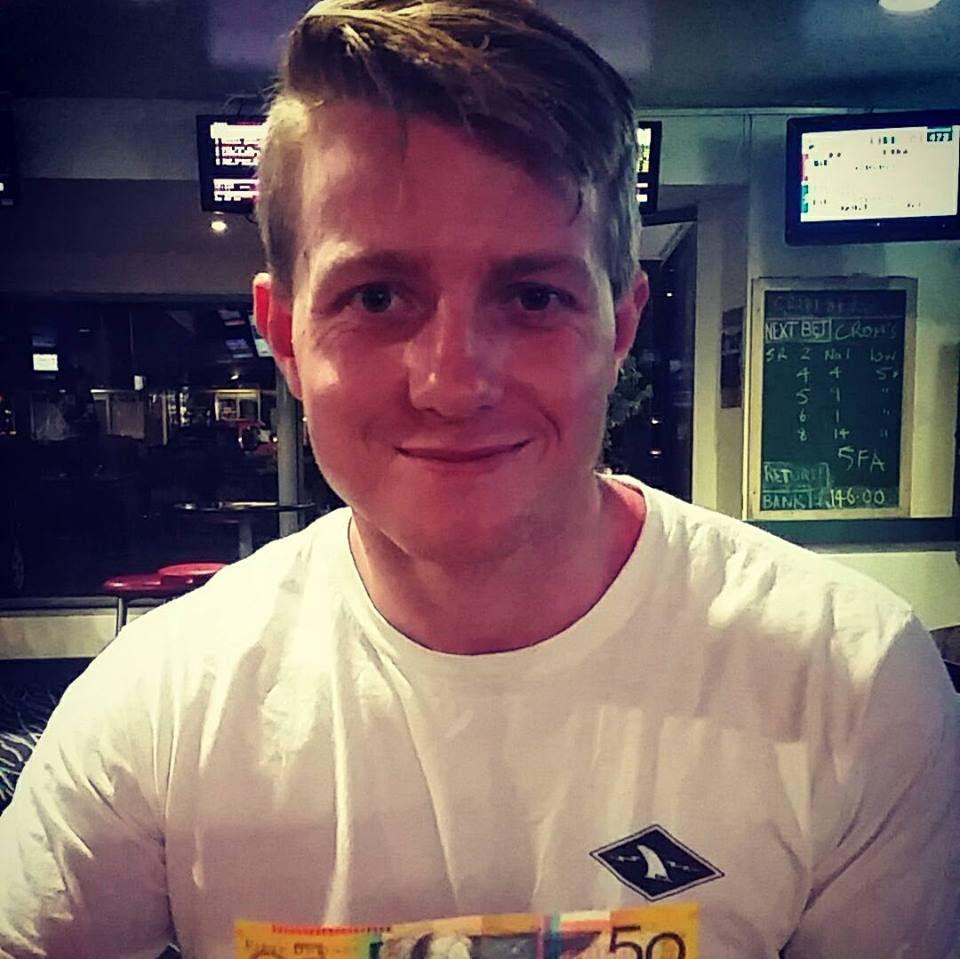 Stuart has so carefully curated the identity of an upstanding 24-year-old Anna Bay Christian man, we doubt that even his parents Cathy and Rob are fully aware of his true nature. Stuart attended church and youth groups in Anna Bay affiliated with Australian Christian Churches (formerly Assemblies of God). In 2016 Cathy even tagged Stuart in a post about a “Youth With A Mission” trip (a “discipleship training school”) serving refugees in Lesvos, Greece. We assume that Cathy hasn't spoken to her son recently about his views on refugees. 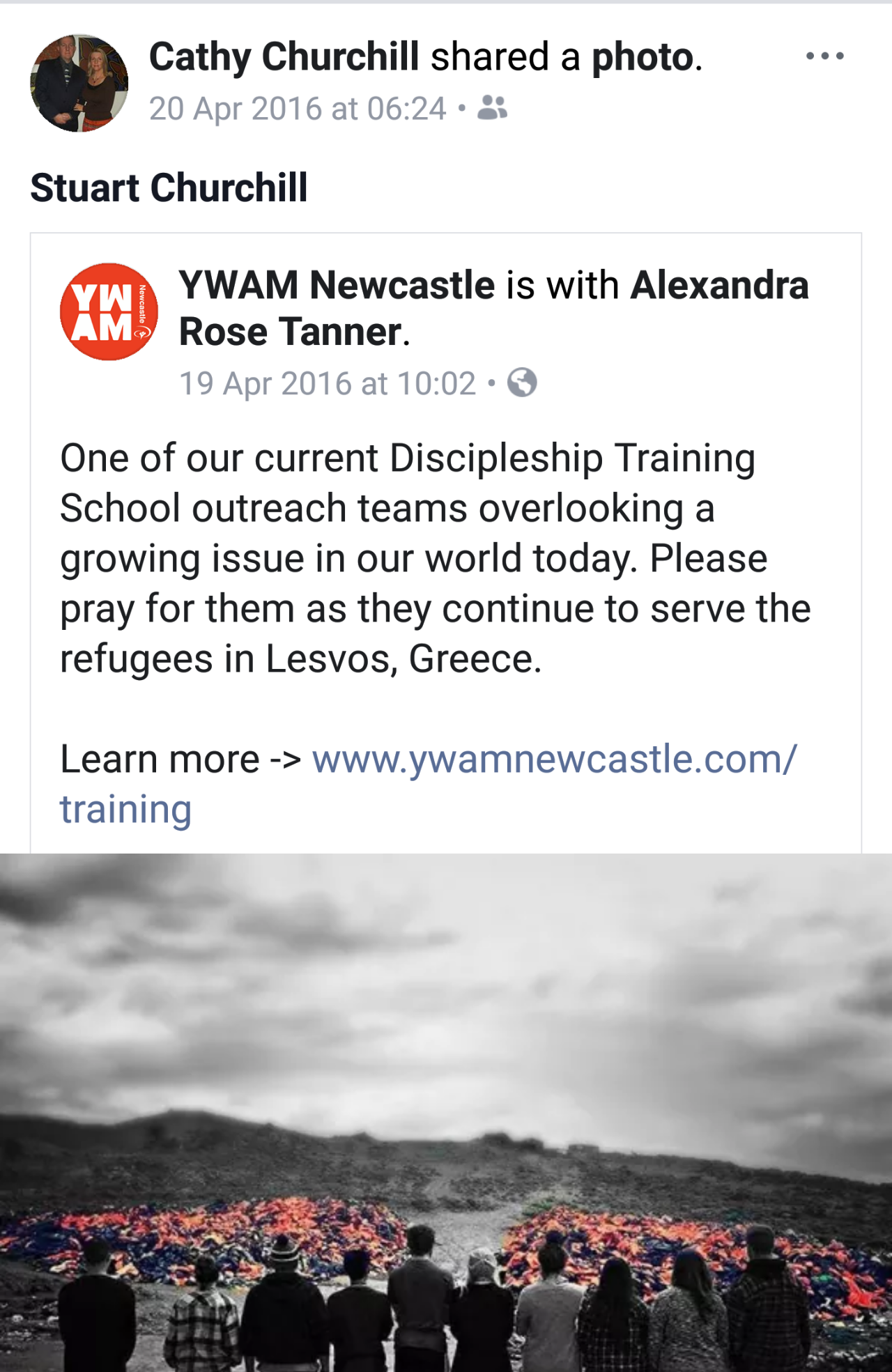 Churchill went to Tomaree High School in Nelson Bay between 2007 and 2012. He's now studying at University of New England (UNE) and lives on campus. Stuart is an enthusiastic participant in campus social life, especially theatre sports at Earl Page College: 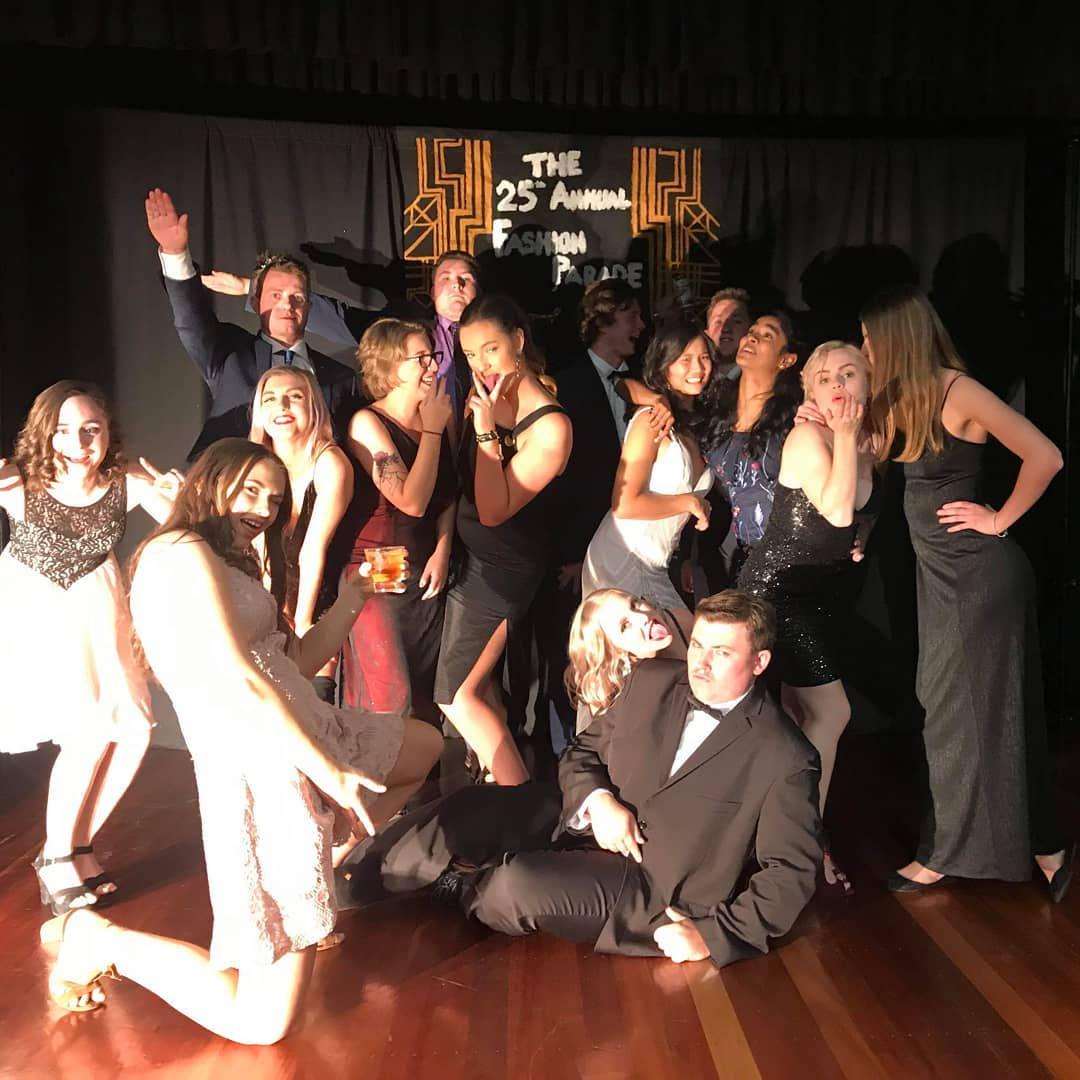 Churchill was part of the group who attended the NSW Young Nationals Conference (joining the party on 11 April 2018) with the intention of stacking executive roles with Neo-Nazis. So let's first examine how suitable he might be to be embraced by an arm of a national political party:

Clearly in his posts, likes and comments Stuart has a fascination with Nazis and UKIP: 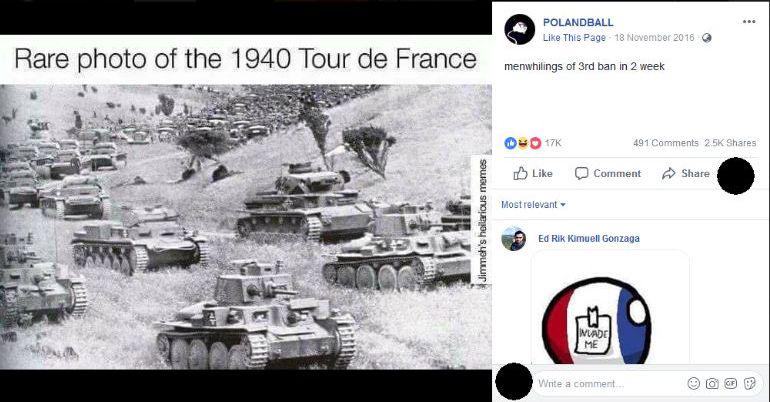 Then things turn a little darker: 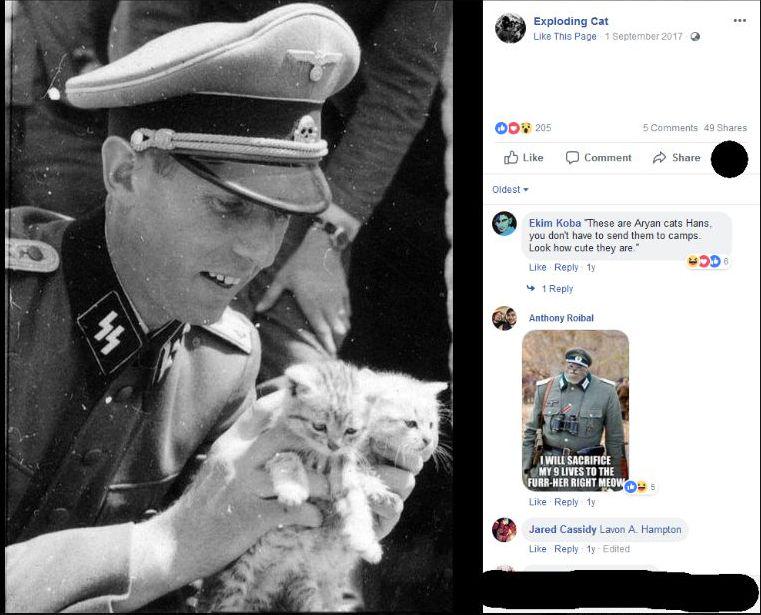 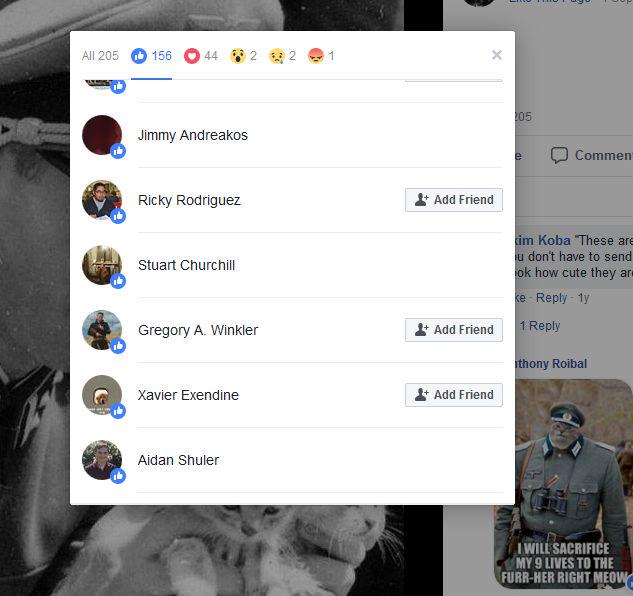 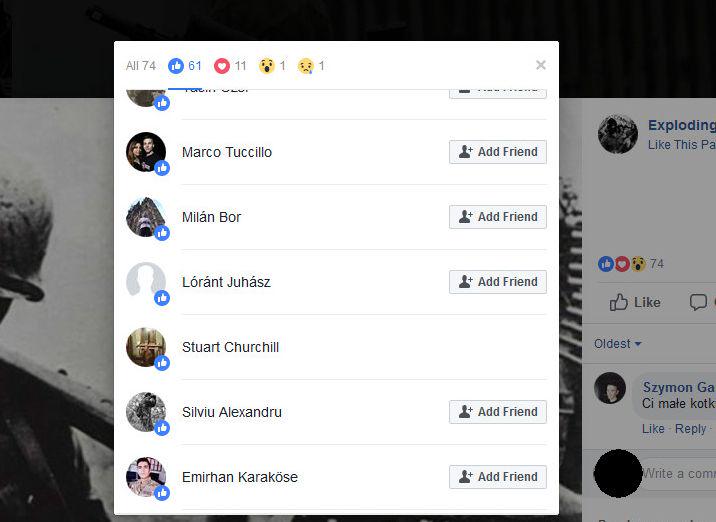 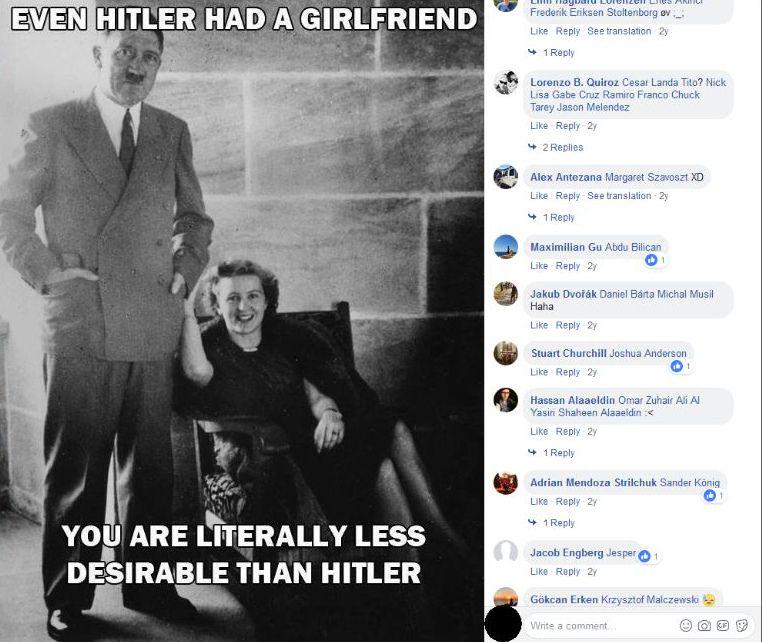 On 6 October 2018, Churchill helpfully uploaded a video to his Instagram of himself at Lads Society Sydney for a “fight night” wearing this t-shirt. Clearly relaxed among like-minded brethren, he lets the cat out of the bag. 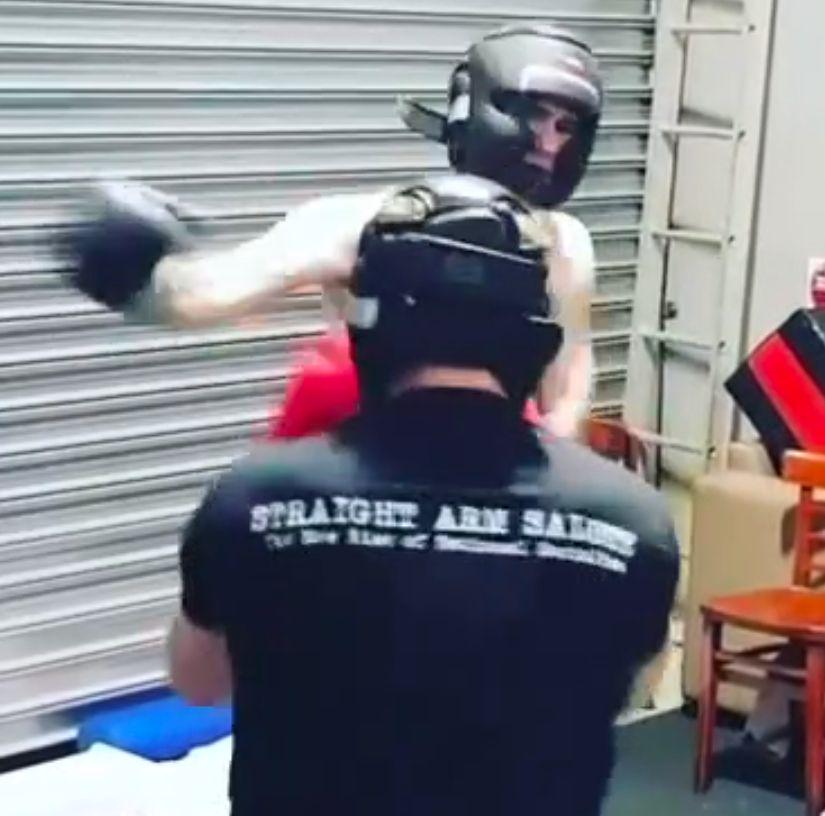 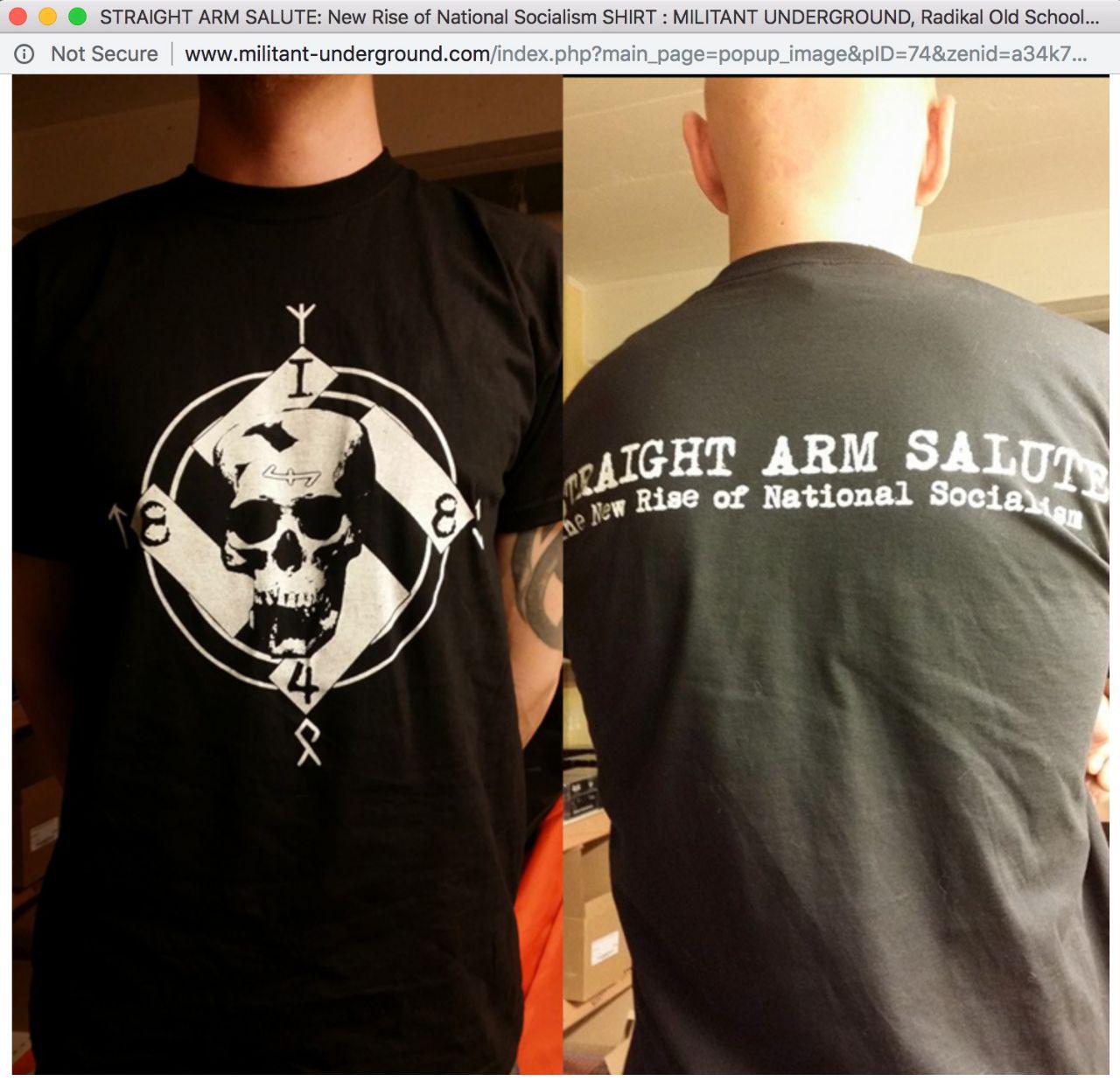 For those unacquainted, National Socialism is in German Nationalsozialismus or Nazism for short. The “Straight Arm Salute” we expect you can interpret yourself.

Stuart Churchill is also fond of Neo-Nazi imagery like the Black Sun (Sonnenrad), visible on his phone case in a selfie he uploaded last year: 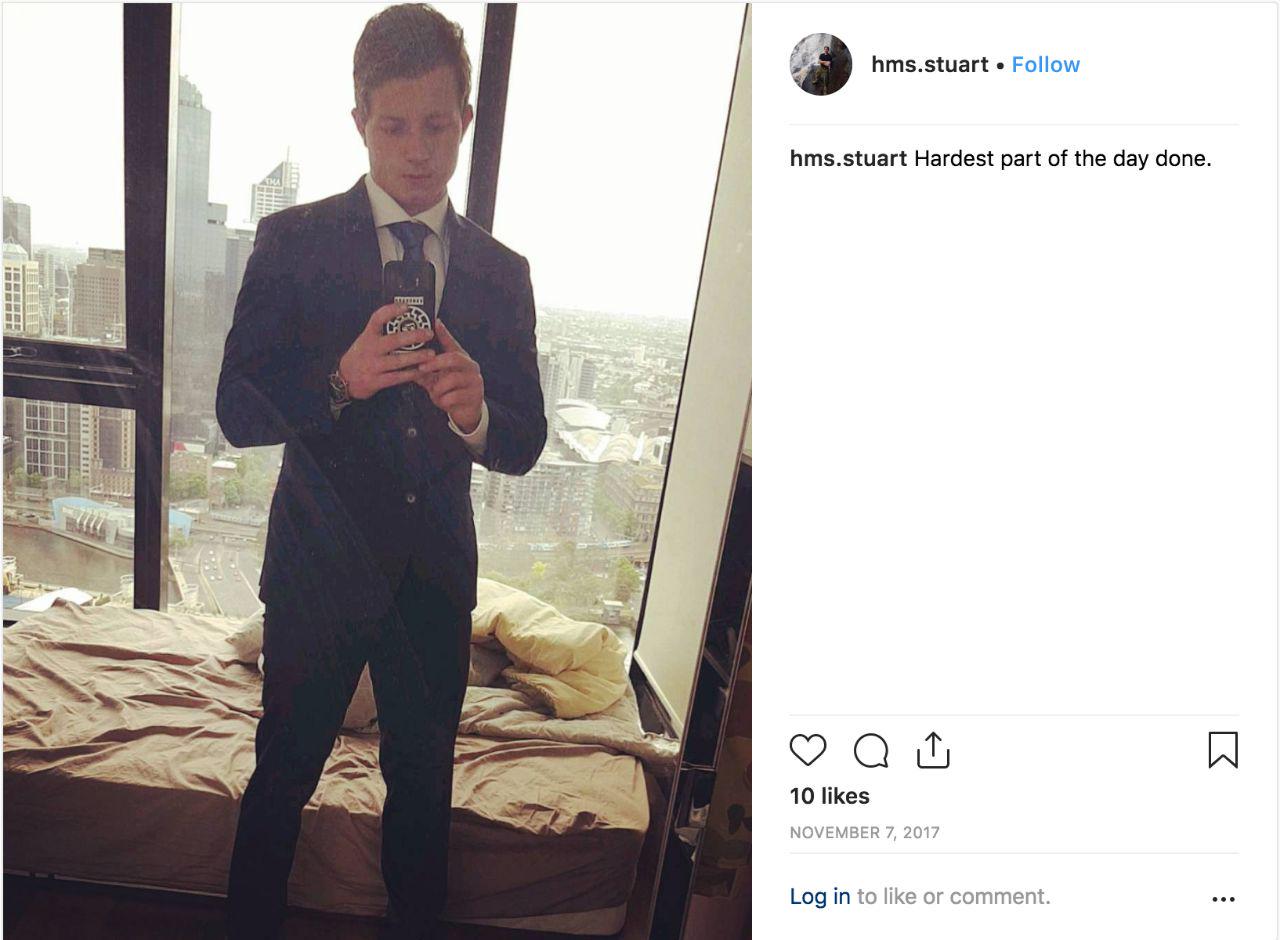 Churchill and his friends like to joke about the WWII German marching song “Erika”:

This is even more disturbing given it appears Churchill was previously an Australian Army Cadet: 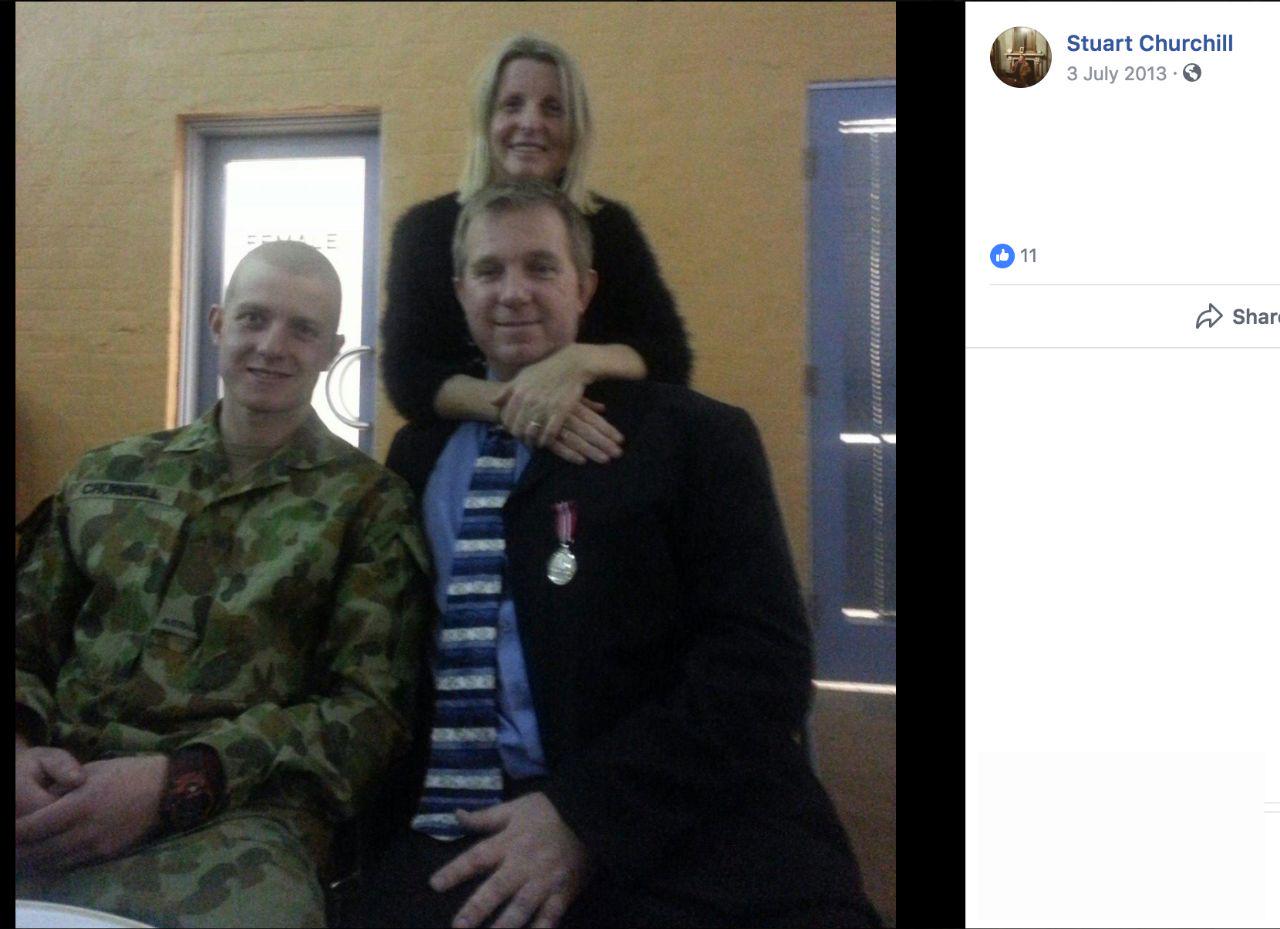 Churchill's association with the extremist far-right Lads Society is concerning enough. However as discussed in a previous post it is difficult to distinguish Lads Society from Antipodean Resistance, and never more so than in the case of Stuart Churchill formerly aka Durand.

Here is one of Churchill's happy snaps from a “camping” trip (note carefully his clothing): 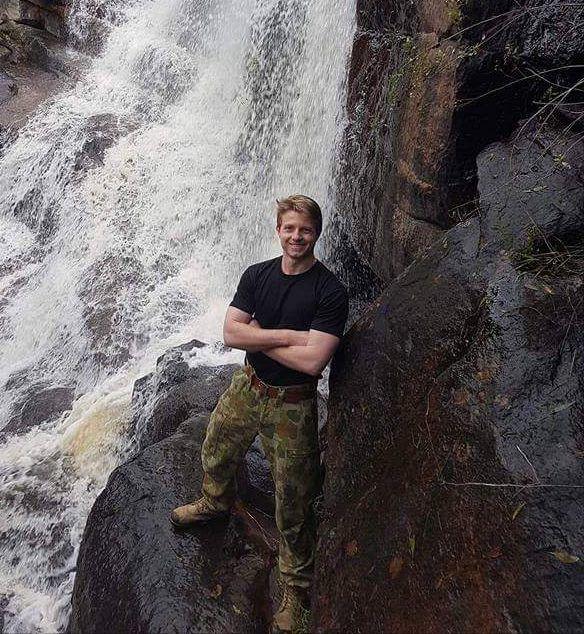 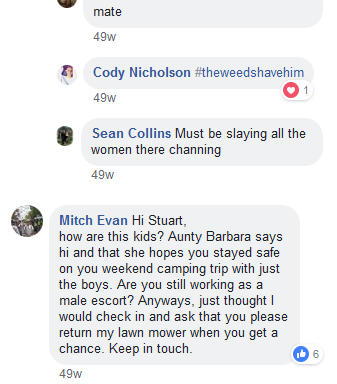 An image from the camping trip “just for boys”: 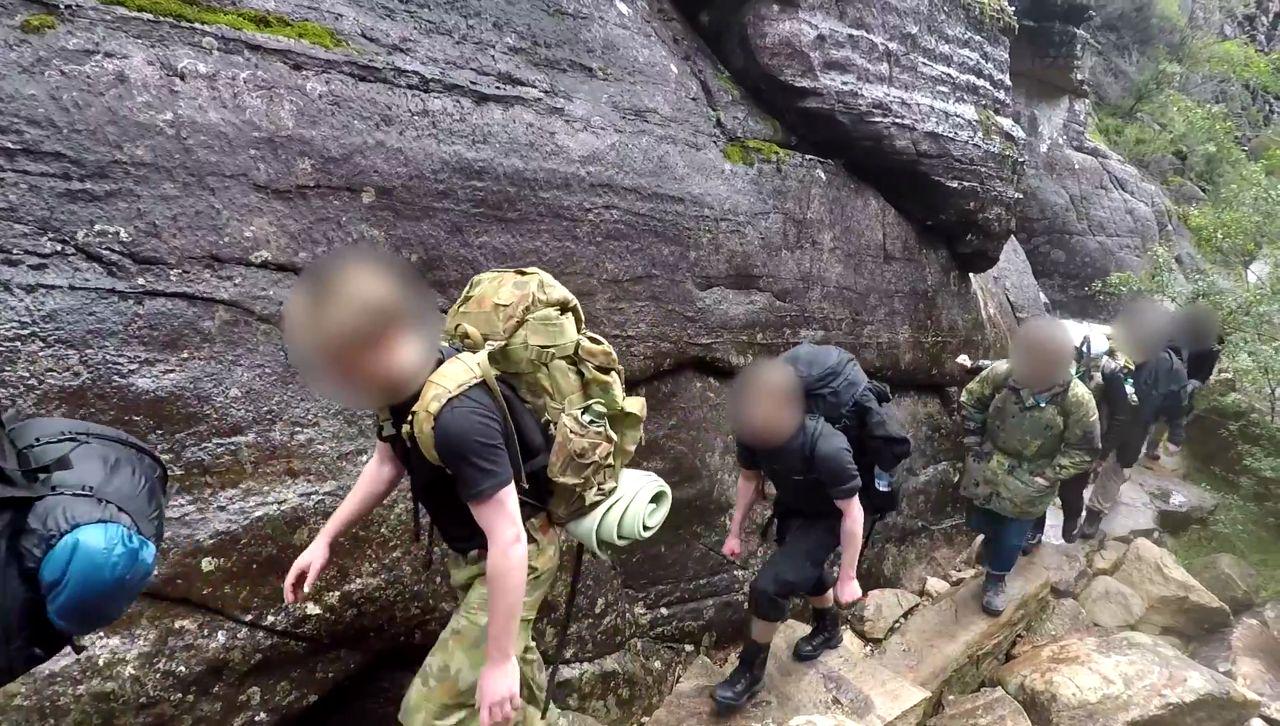 If the image looks familiar it's probably because it's a still from an Antipodean Resistance recruitment video of their “Radicalisation Camp” at the Grampians in 2017. You'll note the man with sandy red hair with clothing and footwear identical to Churchill in the foreground.

For your reference, we've provided a copy of the video in HD in which you'll see many views of the same man – Stuart Churchill, Neo-Nazi and Young Nationals aspirant.

The distinctive blue, white and black Antipodean Resistance swastika flag first appears at the 2 minutes and 36-second mark of this video.