Oscar Tuckfield is a young man from the Eastern Suburbs of Sydney who graduated from International Grammar School in 2017. He joined the NSW Young Nationals on 25 January 2018. He is of course, closely connected to Clifford Jennings and others in the party like Lisa Sandford. Like many others involved in the stack, he sees no conflict between his membership of the Lads Society in Sydney and any opportunism or political ambition in infiltrating a major party in order to mainstream fascist politics.

We're not sure whether Tuckfield's's parents envisaged him using his $25,000 a year high school education to become a recruiter for a fascist fight club run by the neo-Nazi duo Mark McDonald and Alex Annenkov. Mark and Alex are two boneheads (racist skinheads) formerly of Squadron 88, with a “colourful” history on the far-right.

When Tuckfield's not recruiting for Lads Society Sydney, he's attempting to moonlight as a voiceover artist and studying Law and Economics. Future employers take note. 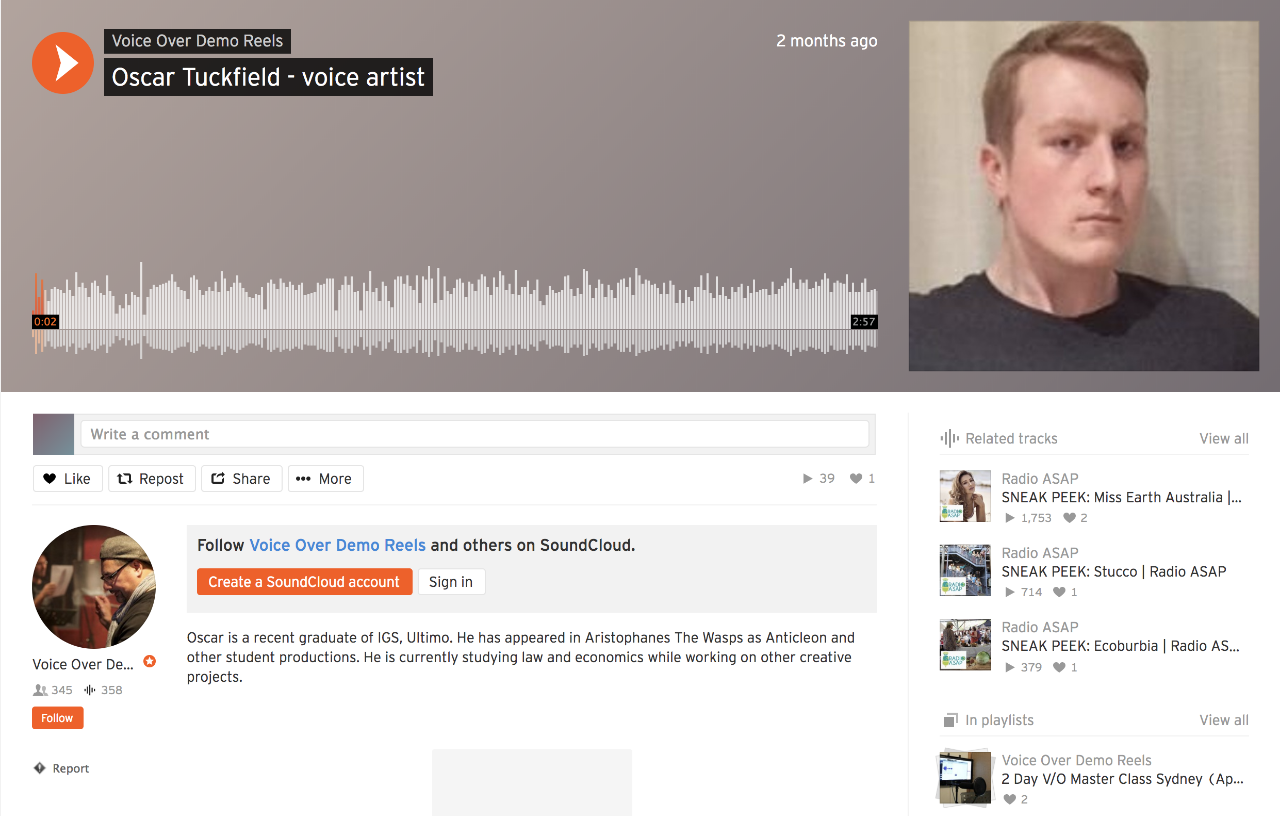 Tuckfield is an example of a generation who were radicalised on 4Chan with “edgy” and “ironic” memes and then further groomed in fascist politics online and offline, by older men. (For more on this see Angela Nagle's flawed book Kill All Normies). 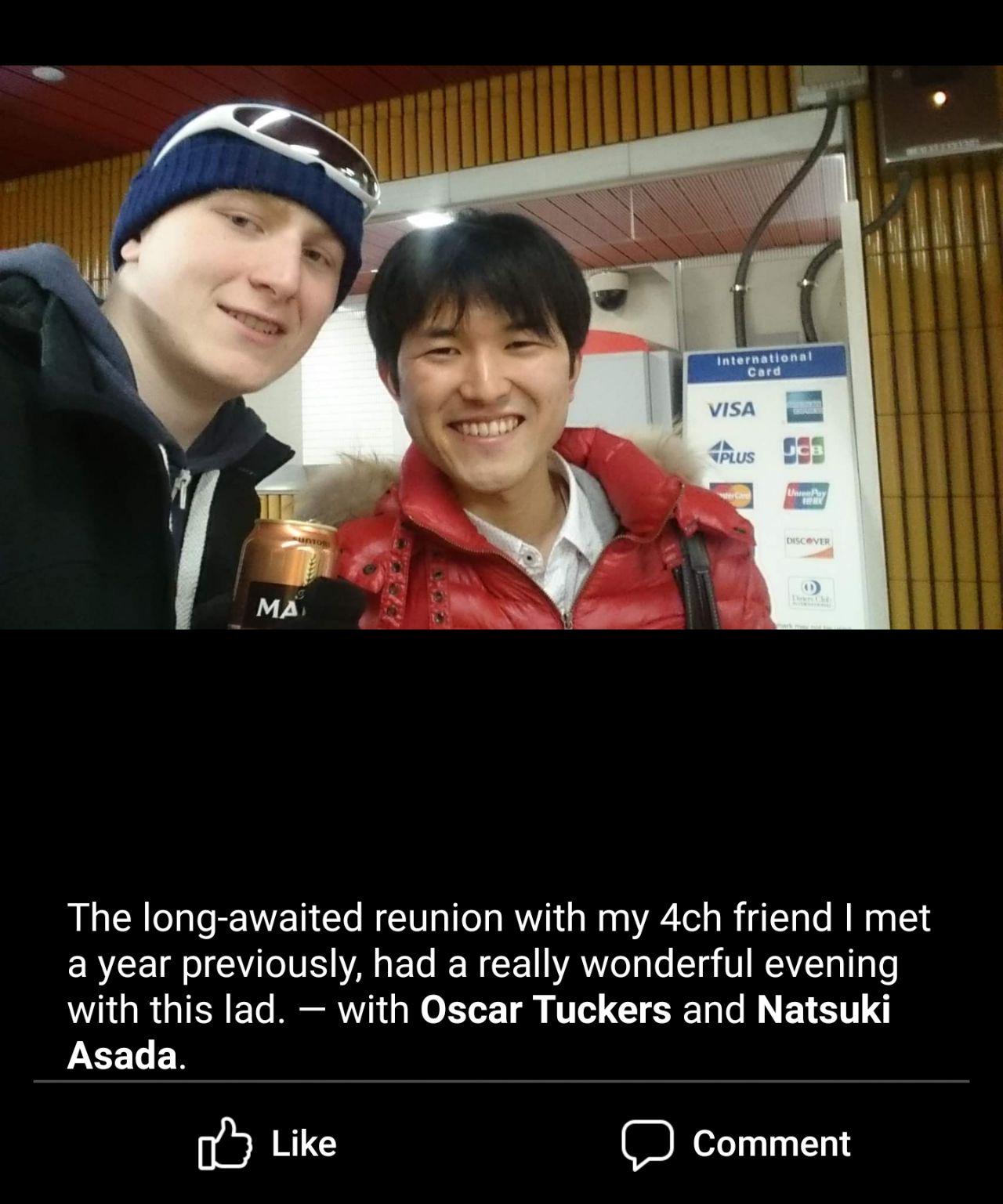 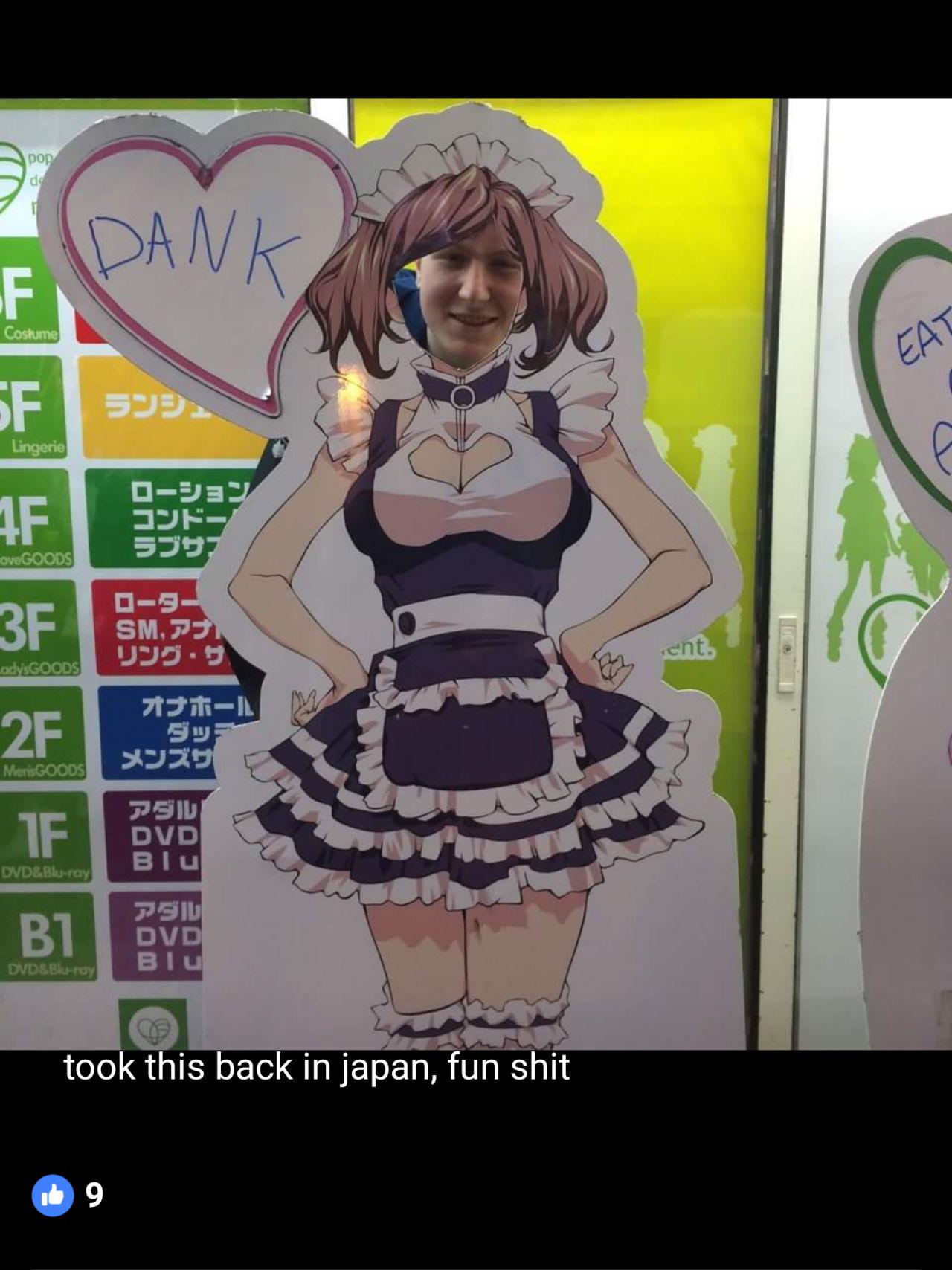 The grooming techniques that men like Clifford Jennings, Alex Annenkov and Mark McDonald employ when radicalising (or “red pilling”) a recruit to “the movement” are similar to grooming techniques used by paedophiles. Their Facebook friends lists are full of younger white men who are true fascist believers, or about to be. Oscar himself is now employing similar techniques in identifying “red pilled” candidates for Lads Society membership. 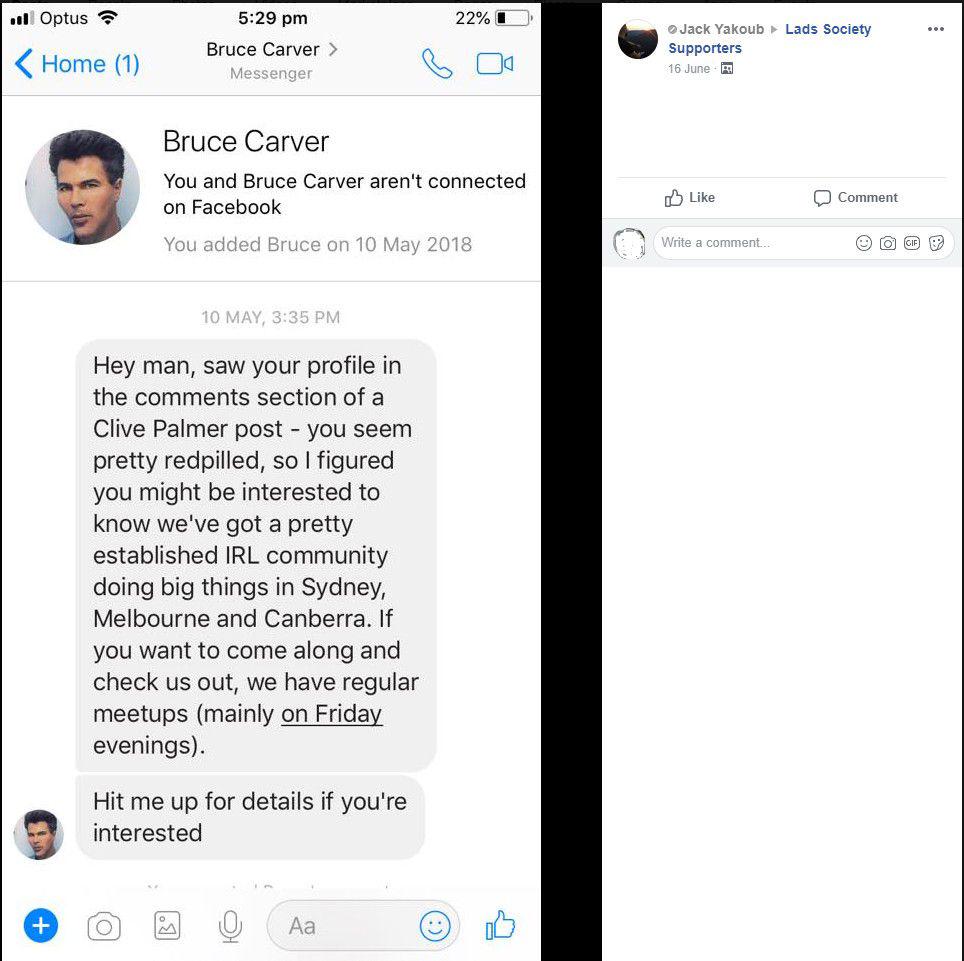 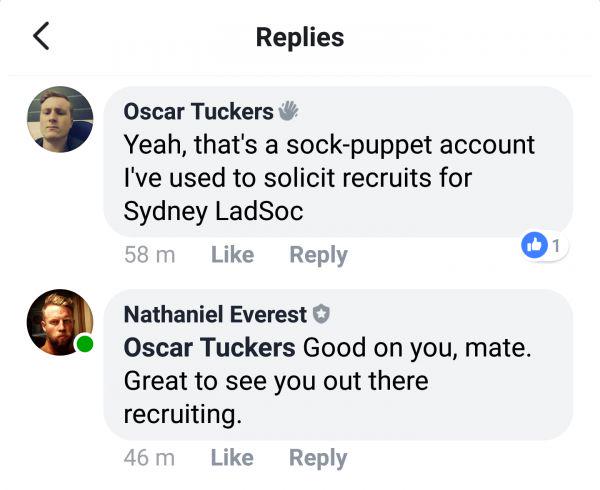 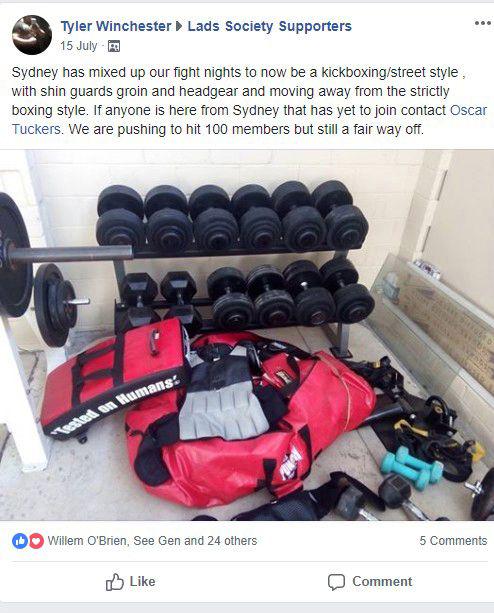 Curiously, on 16 August 2018 an ABN for a partnership between Alex Annenkov, Michael Heaney, Mark McDonald and Oscar Tuckfield was registered in NSW. What two boneheads and two barely out of high school teenagers require a partnership for, we're still waiting to find out — but it's not the lease for the Lads Society Sydney clubhouse.

On May 2 2018, Janet Reitman published an article in Rolling Stone called All-American Nazis – How a senseless double murder in Florida exposed the rise of an organized fascist youth movement in the United States. She writes about the double murderer Devon Arthurs who had connections to Atomwaffen Division. Antipodean Resistance (who are closely connected to Lads Society, especially in Melbourne) took inspiration for the formation of their group from Atomwaffen Division. Janet Reitman wrote:

By that summer, Devon dropped out of high school. He became what the Internet calls a NEET – Not in Education, Employment or Training – and spent much of his time on gaming sites. He was particularly active on a Minecraft server called /int/craft, where players, generally recruited from 4chan's right-leaning “international” board, formed alliances based on quasi-historical events and ideologies: Norse soldiers, medieval knights, the Caliphate. Devon, who went by the handle “wolfdevon,” obsessively threw himself into the game. “He was deeply autistic,” Tuckers, one of his online friends, says. (There is no evidence Devon was actually autistic – the term “autist” is used in online cultures as a multipurpose pejorative, often to describe someone with hyperfocus.) “I think he was genuinely more 'real' in his online persona” than he was in real life, adds Tuckers, an Australian who, like most of their online community, never met Devon in person. “But I think to a degree the ironic and sarcastic tone pushed him further down the proverbial rabbit hole.”

We know that Oscar Tuckfield has been using the surnames Tuckers or Tucker interchangeably on the Internet for a number of years. Two of his known Facebook profiles are currently named Oscar Tuckers and Oscar Tucker.

Tuckfield also appears to have Google accounts under the names Oscar Tucker and Oscar Tuckers, which used to comment on Brony posts in 2014 when he would have been about 14 years old. 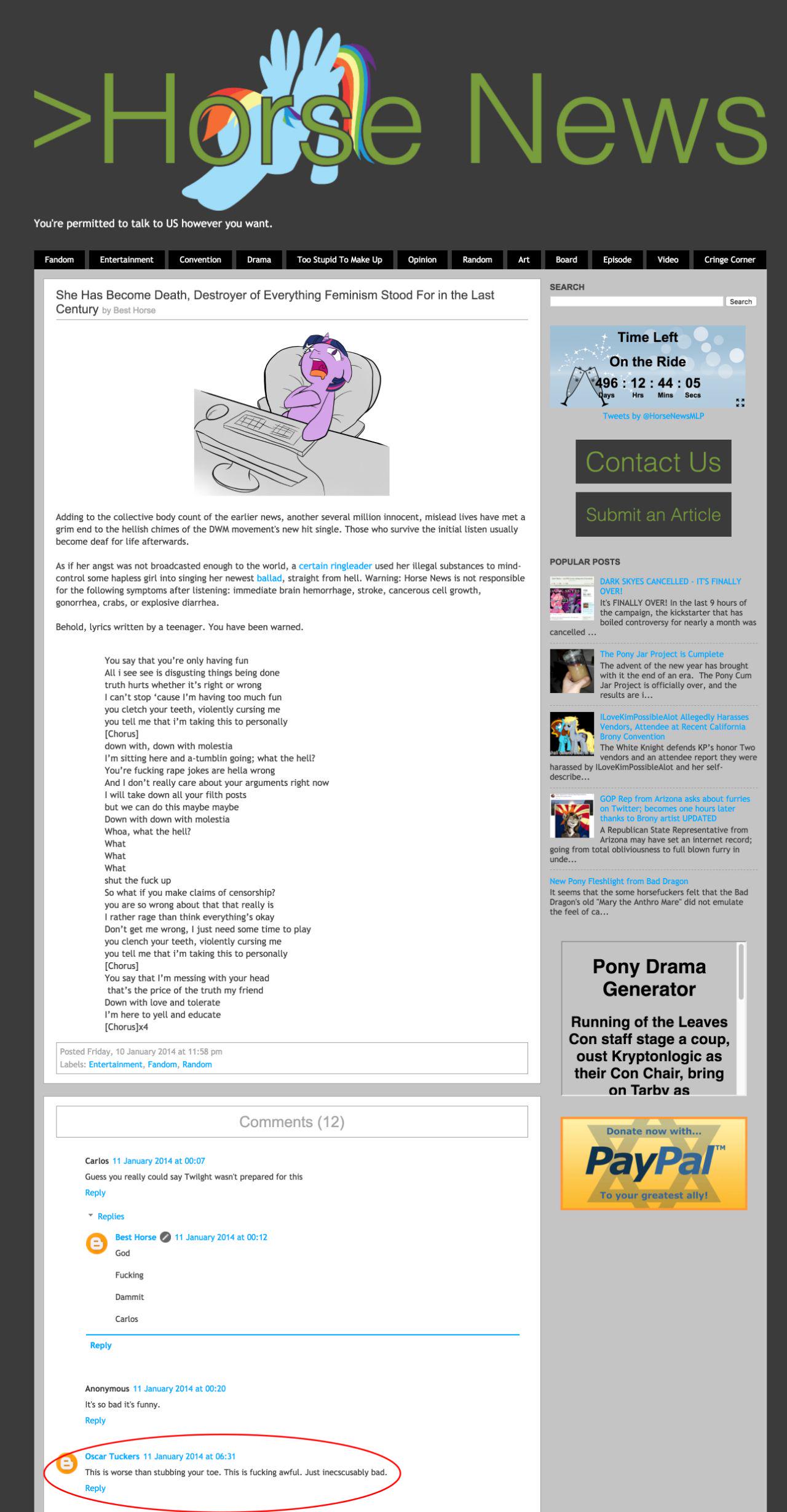 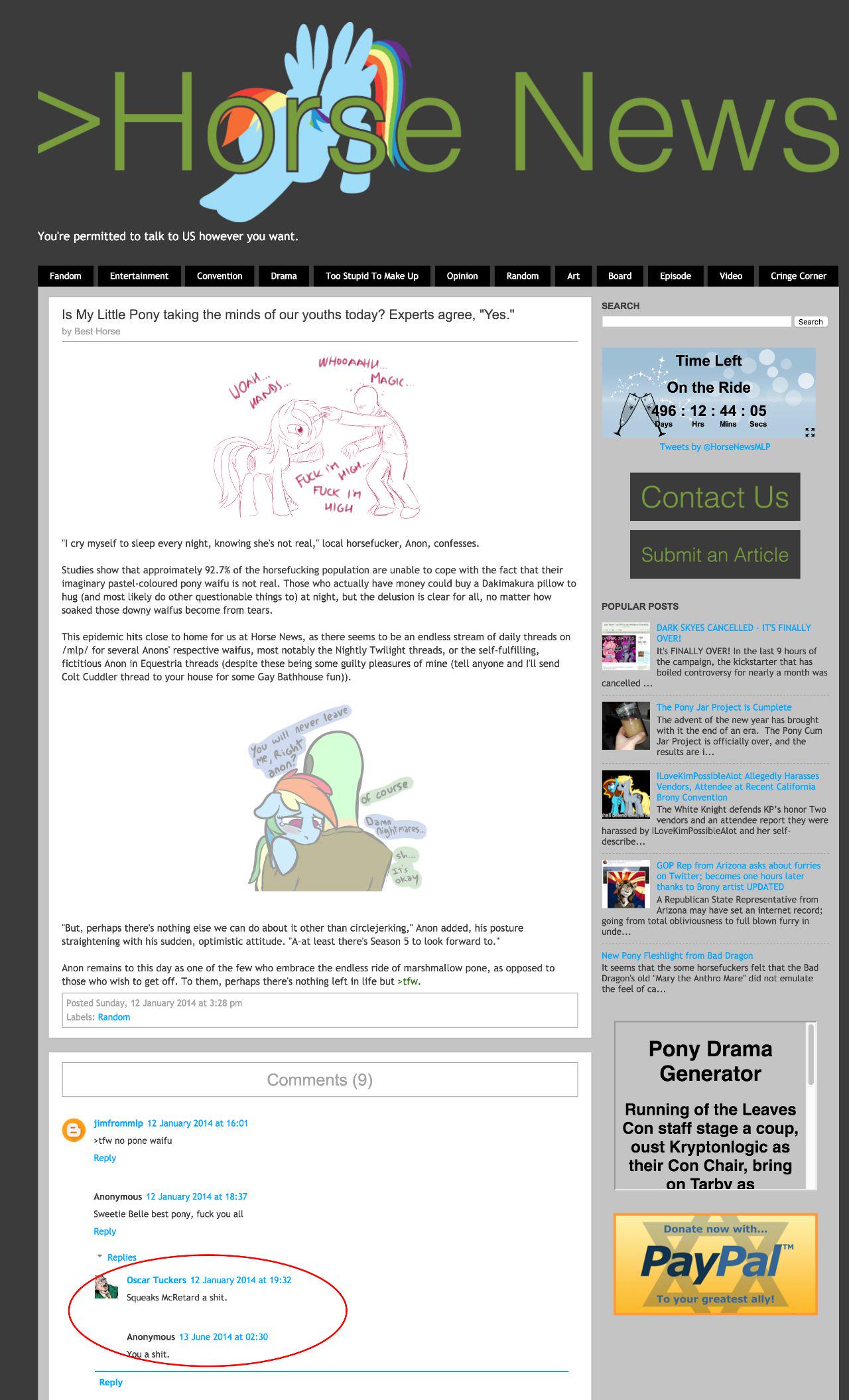 Tuckfield hasn't been shy in schmoozing politicians, especially racist stay-at-home dads sponging off parliamentary pensions like Mark Latham: best known for never having been Prime Minister and once breaking a taxi driver's arm. 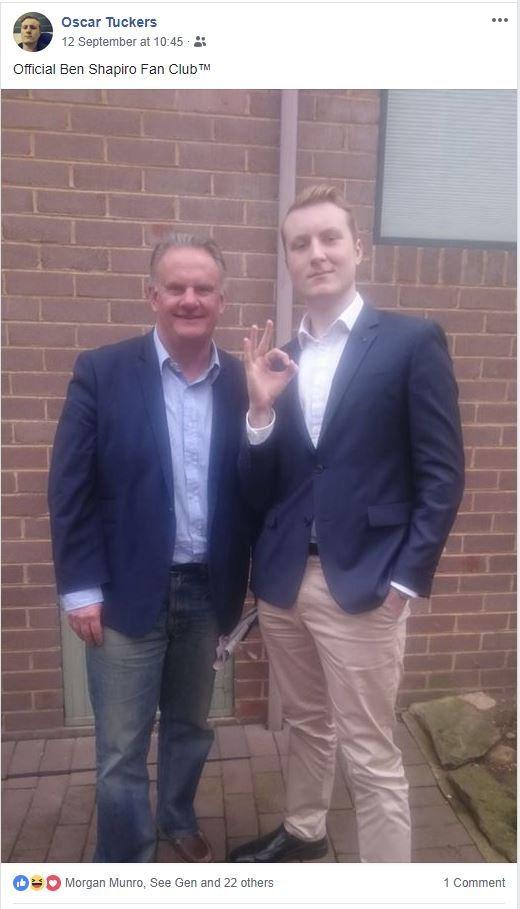 He's also been yucking it up in Canberra with his good friend neo-Nazi Lisa Sandford. Possibly imagining his future parliamentary career, hopefully over before it starts. 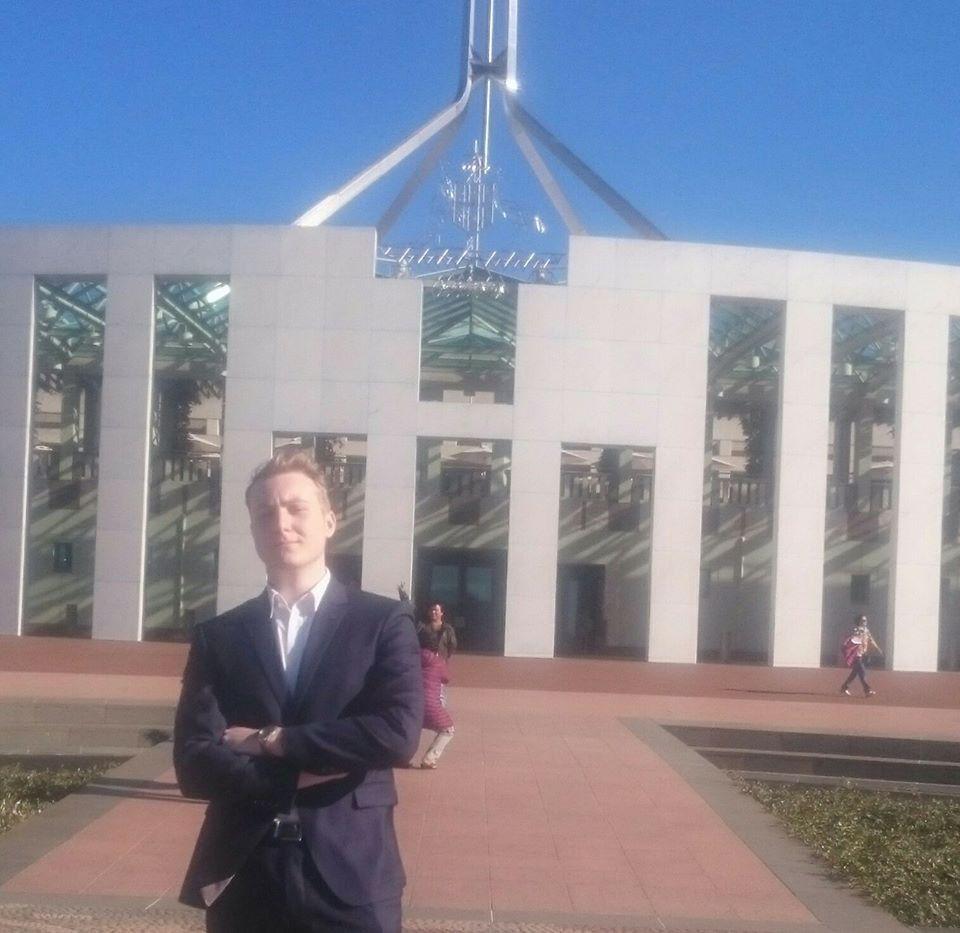 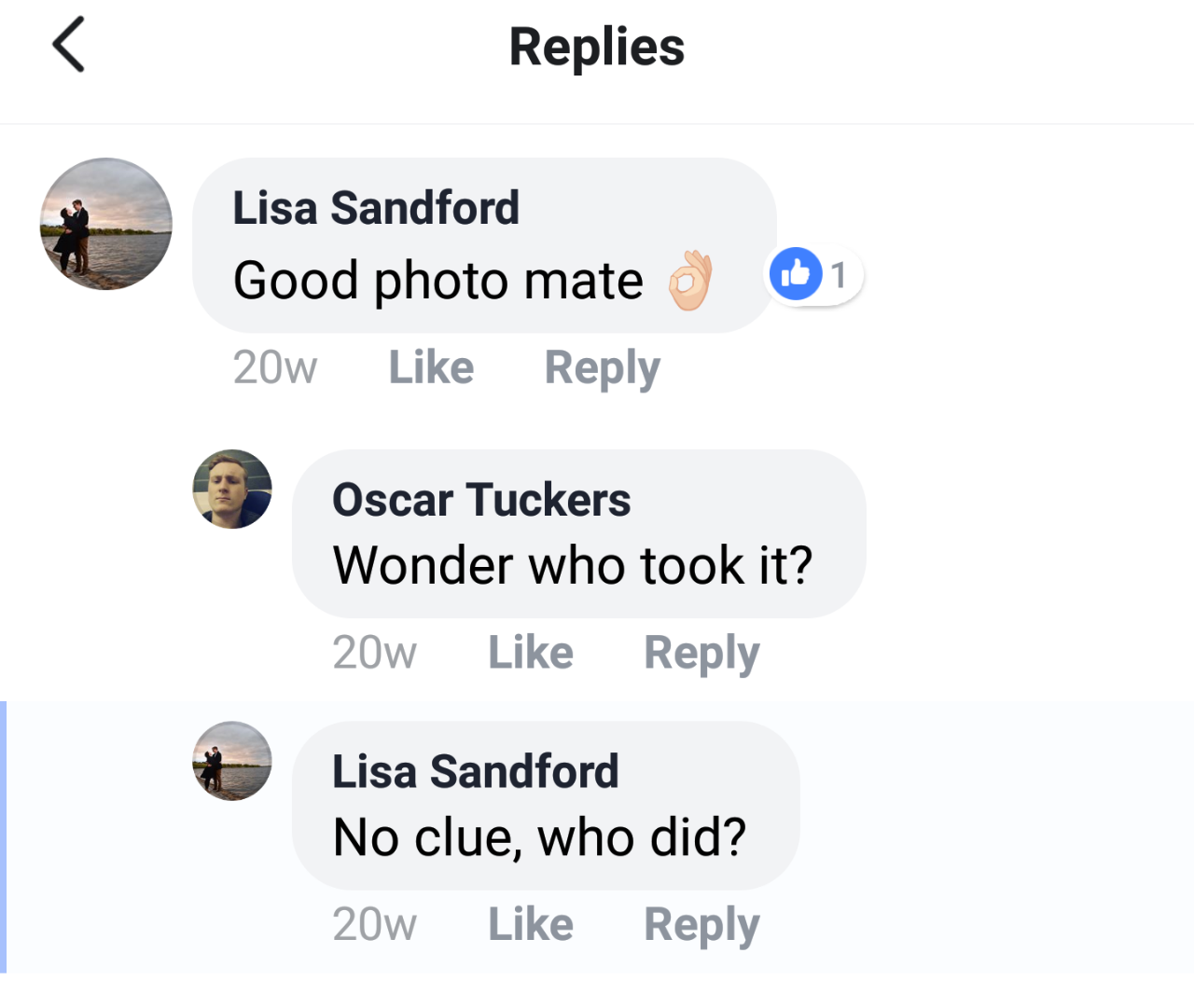 Tuckfield's antics also haven't escaped the attention of Matt Lowe, formerly of Party for Freedom (or whatever they are calling themselves this month) and failed patriot. Matt is a newly enthusiastic National Socialist (neo-Nazi), thanks to former party member and former close associate Toby Cook. 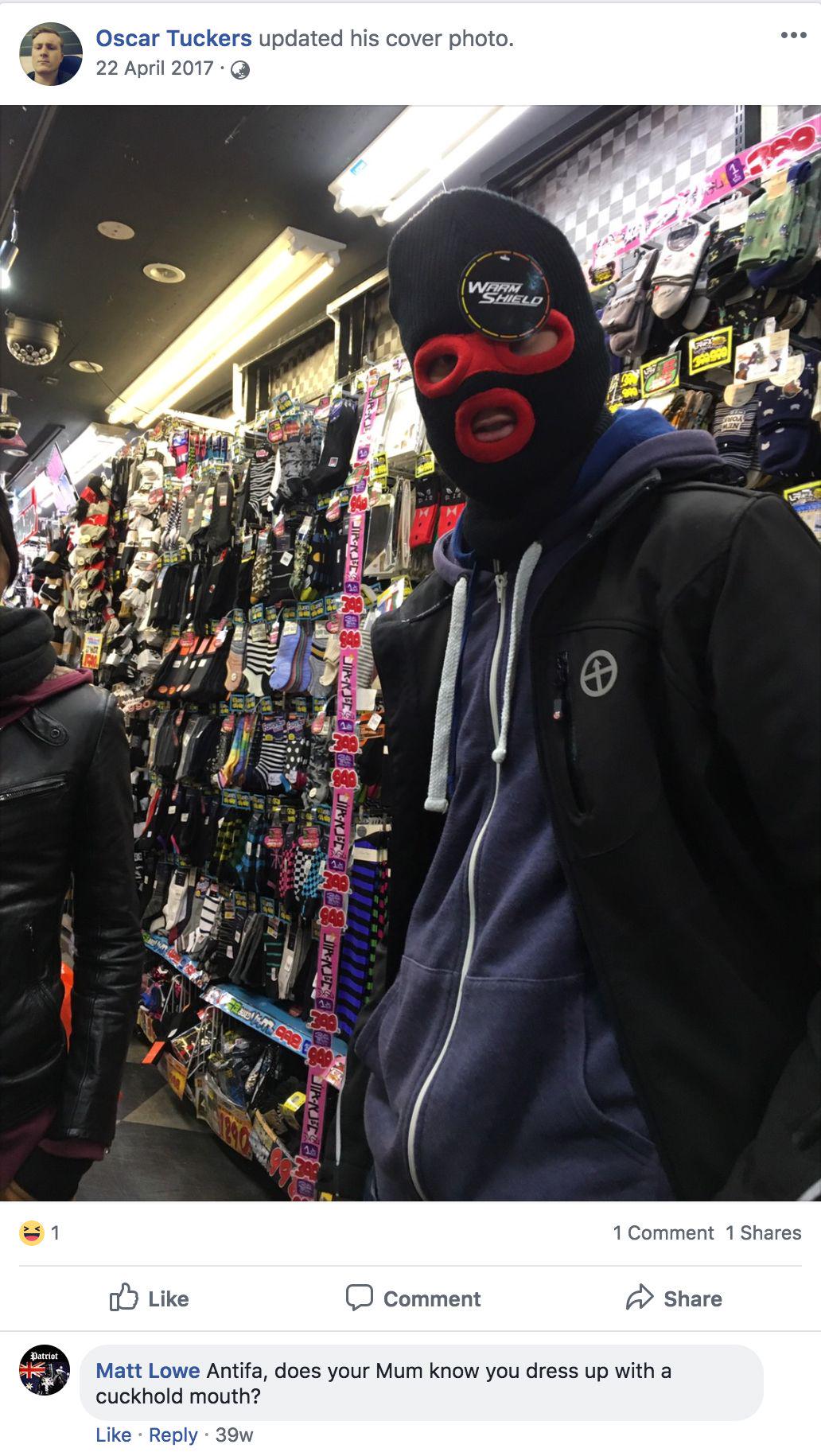 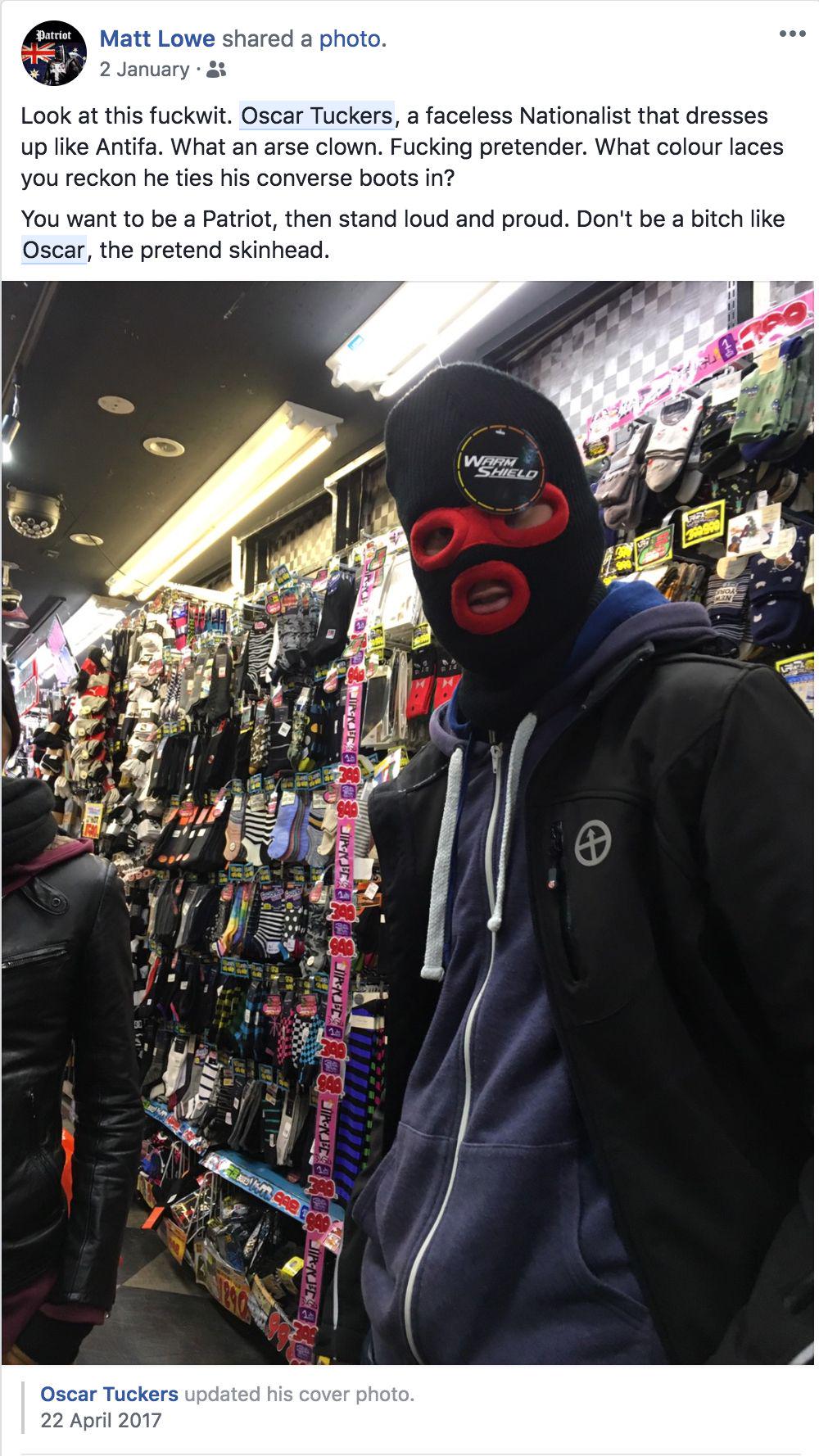 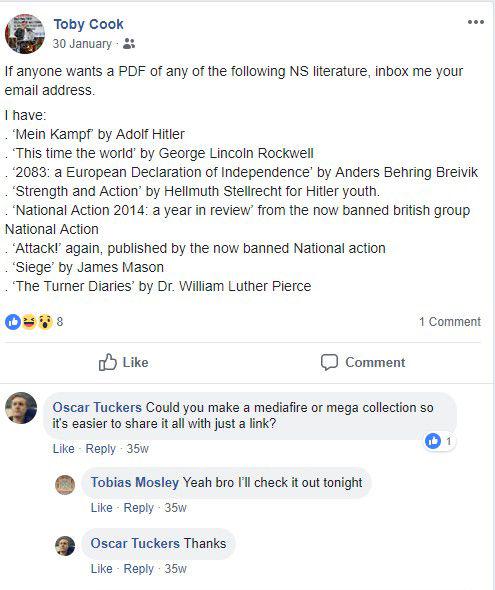 Tuckfield has been enthusiastically attending rallies with his mates in Lads Society, seen at a “Freedom of Speech” rally for Sonia Kruger and Tommy Robinson, with his friend Michael Heaney in June 2018. 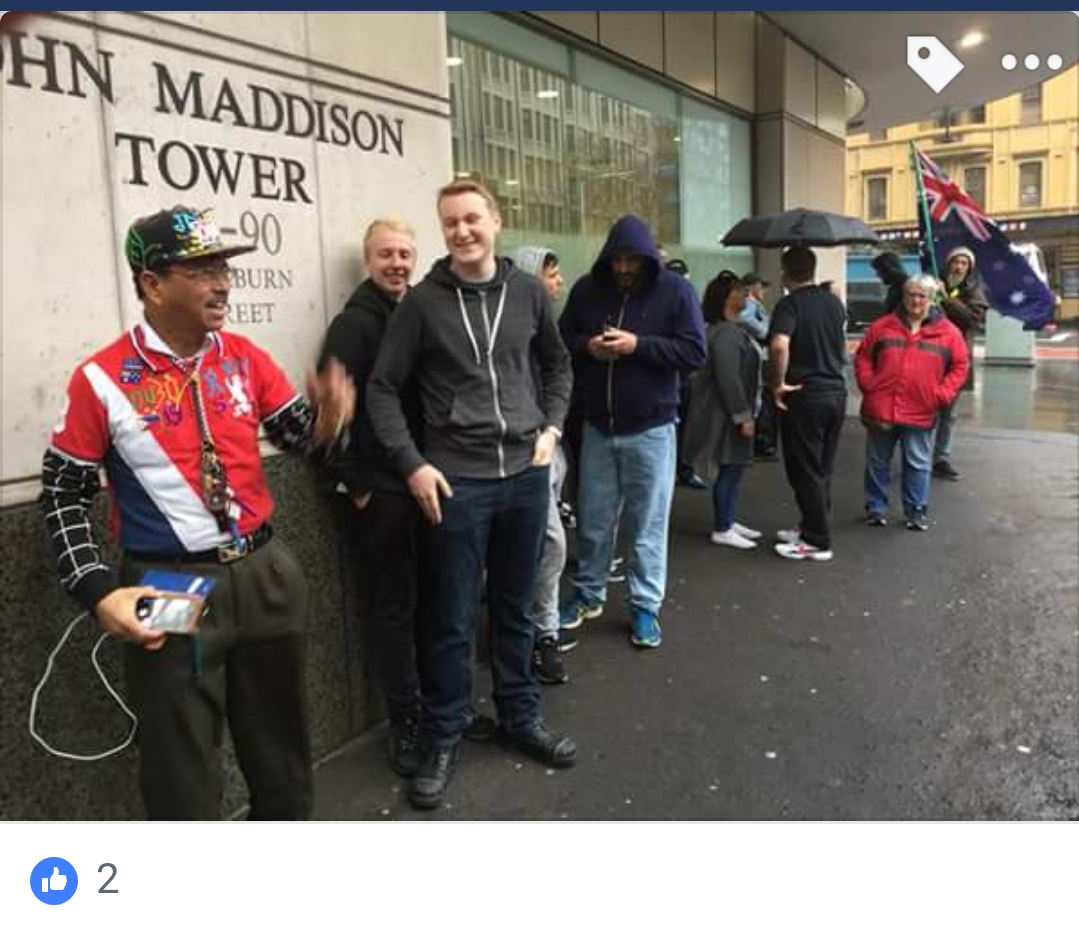 The Sydney Lads also enthusiastically attended a Free Tommy Robinson rally in May 2018 despite the fact that Tommy is a Zionist and you'll find the Lads openly expressing anti-Semitism online and in public forums. 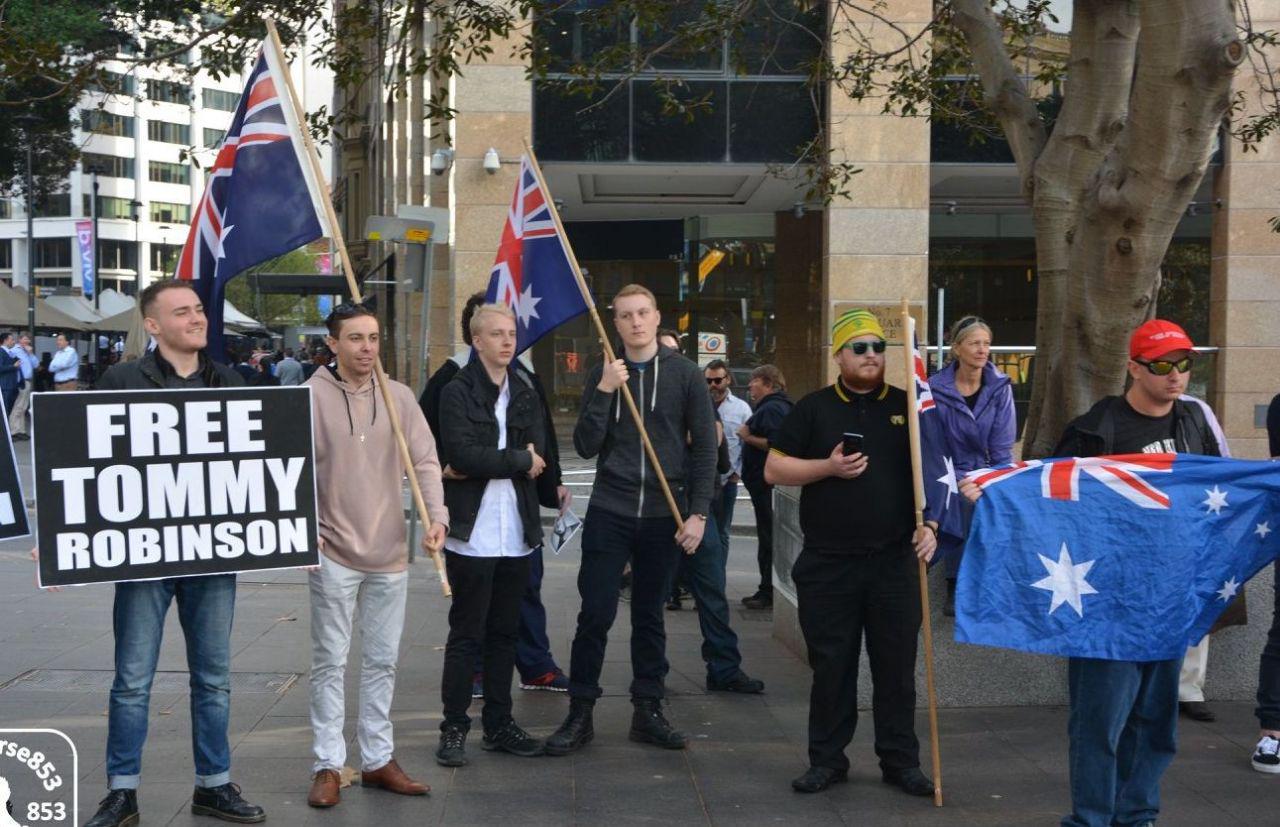 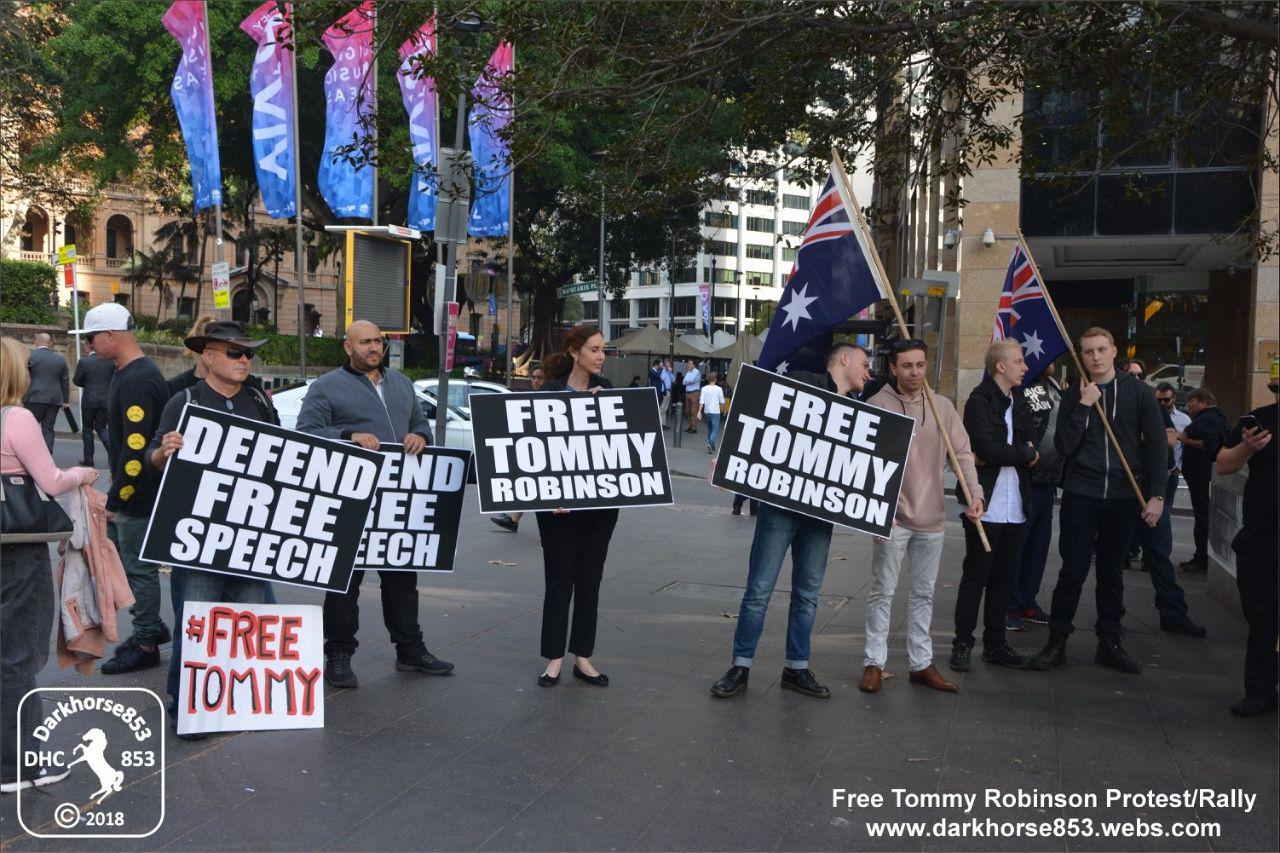 A couple of visions of young Oscar's future if he continues on this path: 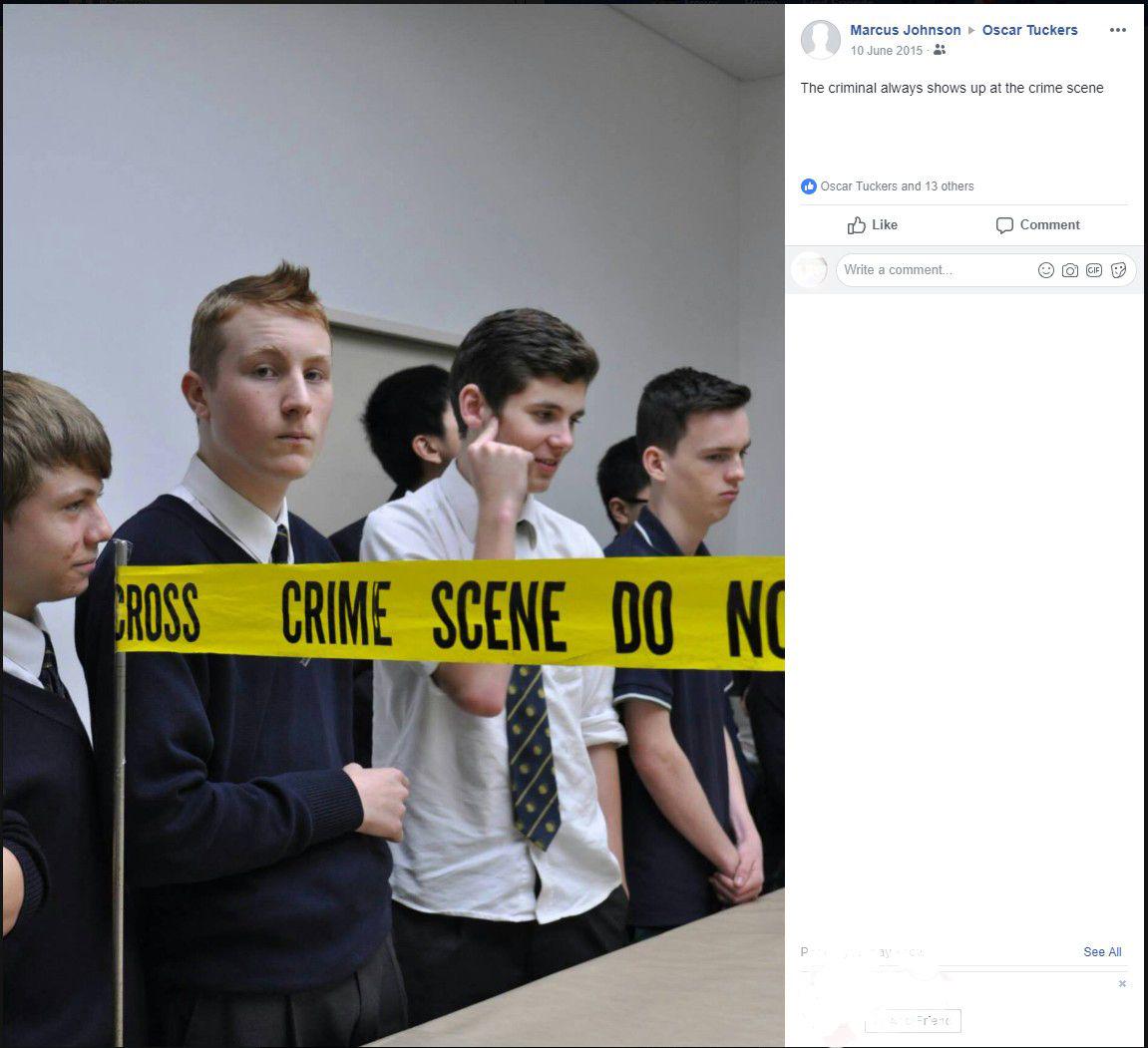 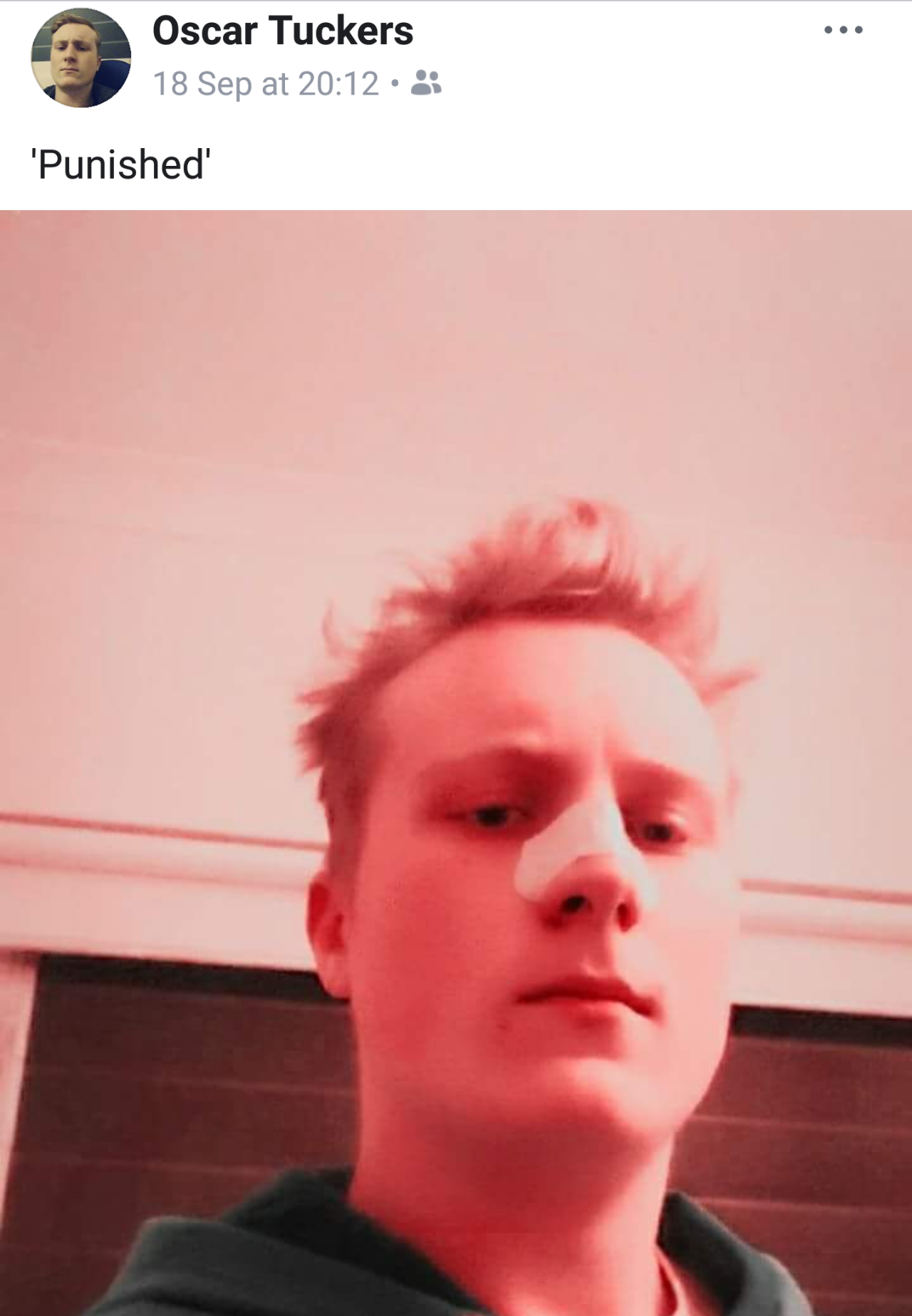